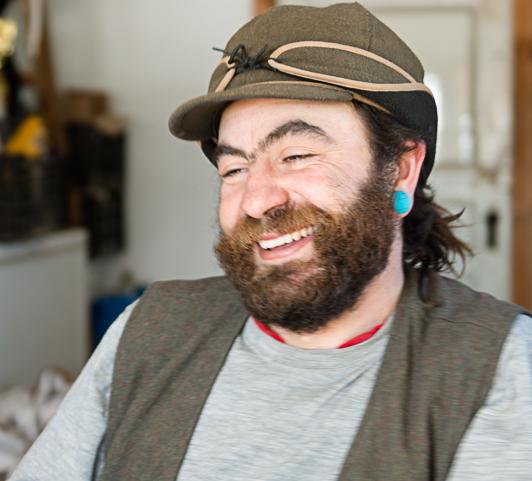 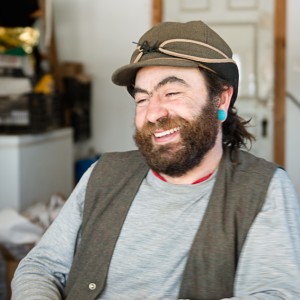 Cory Walker has been farming since he was 16, when he went to work on an organic vegetable farm, Whippoorwill Farm,  on Martha’s Vineyard, near where he grew up in southeastern Massachusetts. The farm quickly grew from 30 to 300 CSA members in a half-dozen years, then Cory started his own farming business. The name “Guerrilla Grown” came from that venture. He rented  and “borrowed” bits and parcels of land wherever he could find them, sometimes with the connivance of gardeners who allowed him to plow up vacation home lawns to plant his tomatoes. That’s when he started growing the salad mix for which he’s well-known around here.

In 2006, Cory moved to Westminster and rented a few acres in the village, then a few more in Westminster Station. As Guerilla Grown, he raised and sold more than 50 kinds of vegetables of many varieties at farmers markets and their summer CSA over the next seven years.

Cory signed on with Harlow Farm as lead grower a few years ago.

Strengthening the community’s food security has always been major goal for Cory, and he wants to maintain Harlow Farm’s reputation in the community, and to work at putting good, organic food into everyone’s hands.