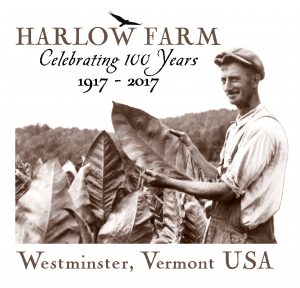 Harlow Farm has been in our family since 1917 and has been certified organic since 1985. Paul Harlow, the owner, is the third generation to farm here. But the Harlows aren’t unique —Westminster, located in the fertile Connecticut River Valley, with some of the best agricultural soils in the country, has always been an important farming town.

Paul’s grandfather, Paul G. Harlow, bought Harlow Farm in 1917 after graduating from the Stockbridge School of Agriculture. He had grown up in Massachusetts and visited his Westminster West cousins during the summers (Harlows had been in Westminster since the mid-1700’s).

Paul G. and his wife, Sarah, were diversified farmers, as many were in those days. They milked cows, grew vegetables and, in the 1940’s, ran a farmstand called the Log Cabin Market, near where today’s Harlow Farmstand sits. Paul G. also served in the Vermont Legislature, on the Vermont Liquor Board and UVM Board of Trustees, and, later, as a side judge in the county court.

Sarah died of scarlet fever when she was just 36, leaving Paul G. with eight children, including a set of twins born a few weeks before her death. The twins were soon adopted by family friends, but the other children were raised by the eldest, Dorothy, and Sarah’s mother.

After World War II, their sons Roger and Hollis (“Hocker,” named after an Indian on a radio show), began a full-scale dairy on the farm, shipping milk to the Bellows Falls Creamery in milk cans. Later, Roger and his family moved to Florida, while Hocker stayed on the Westminster farm. He and his wife, Connie, had four children.

The eldest, Paul, worked alongside his father from early on. After selling the dairy herd, in 1965, they grew hay and sweet corn they trucked to grocery stores up and down the valley. They continued raising asparagus. The two-acre bed just north of the house produced for a quarter of a century, and bunching asparagus was one of the chores that Harlow children learned early on. Customers came to the house to buy the bunches off the back porch.

After attending Castleton and the Stockbridge School of Agriculture, Paul bought the farm from his parents, in 1975. He and his wife, Susan Edgar, started farming organically on just a quarter-acre in 1976, and soon found that organic practices were good for the soil and what it grew. Within 10 years, the whole farm was certified organic. It was one of the earliest organic vegetable farms in New England and is still one of the largest.

Besides the farm, Paul and Susan ran a farmstand for a few years. They helped start Deep Root Organic Truck Farmers, the first organic cooperative in New England, along with several other short-lived local co-ops. Those were hard years. On many days, Paul worked all day on the farm, caught a few return hours sleep, and then drove to Boston to buy produce for the farmstand. He got home at daylight, just in time to get start work in the fields again. Often the children, Evan and Emma, would hang out at the farmstand or tag along behind Paul and Susan while they weeded.
Still, the farm crew wasn’t too tired to play a competitive game or two of volleyball in the backyard, after the day’s work was done.

Harlow Farm now includes the original home farm and Harlow Farmstand, owned and operated by brother Dan Harlow. It includes Kestrel Farm, also located in Westminster, which was owned and operated by brother Tom Harlow in the 1990s, and River View Farm in Putney. All three farms have been conserved through the Vermont Land Trust. Harlow Farm was named Vermont Sustainable Farm of the Year in 1998, the second year the award was given.

Now Paul and many hard-working employees raise about 150 acres of organic vegetables, sold at the farmstand and at grocery stores and cooperatives in New England and along the East Coast as far south as Florida. Lettuce, which grows well in the rich, well-drained soils of the Connecticut River Valley, is one of our largest crops. We also grow lots of beets, carrots, sweet corn, squash, kale, and cabbage.

We raise organically fed cattle, pigs, turkeys, and chickens, who eat well on farm pastures and excess vegetables – one steer can eat 10 to 15 pounds of beets and carrots daily.  There are 800 free-range laying hens that are fed organically and take advantage of the rich diversity of worms and bugs around the farm.

The farmstand has been owned by the three Harlow brothers and operated by Dan Harlow since it opened on this site in 1991. The building was designed and built by a crew of Harlows, led by our cousin, Chris Harlow—who was definitely the talent and skill behind the project. It replaced a farmstand that had been operated by Paul Harlow and before that in the 1920’s by our grandfather, Paul G. Harlow.
The farmstand sells not only produce from Harlow Farm but also vegetables and fruits from several local farms.

In the early part of the last century, most of the town’s farms were diversified, growing any number of crops and livestock, including the famous Merino sheep, and most had some dairy. Apples grew well on the hillsides. The H.C. Baxter and Brothers cannery at Westminster Station bought sweet corn from local farmers and processed thousands of cans every year. Cabbage was an important crop, too.

Along with a variety of vegetables including cabbage and onions, grandfather Paul G. Harlow grew tobacco on the home farm, the northern-most extension of tobacco growing in the Connecticut River Valley. The tobacco was used for cigar wrappers.

Today there are few if any subsistence farms in Westminster, although just about everybody has a backyard garden and maybe a small agricultural enterprise. There are several large dairy farms, Bazin Farm and Westminster Farms, which sell manure to Harlow Farm for compost, and the Basin Farm.

Did you know that because organic farming doesn’t use petroleum-based synthetic fertilizers or pesticides, it could remove 7,000 pounds of carbon dioxide from the air each year and store it in an acre of farmland? If all 434 million acres of American cropland were converted to organic, that would be the equivalent of getting rid of 217 million cars, or almost 88% of all cars in the country today.

"We've shown that organic practices can do better than anyone thought at sequestering carbon, and could counteract up to 40% of global greenhouse gas output.” – Paul Hepperly, research director at Rodale Institute. 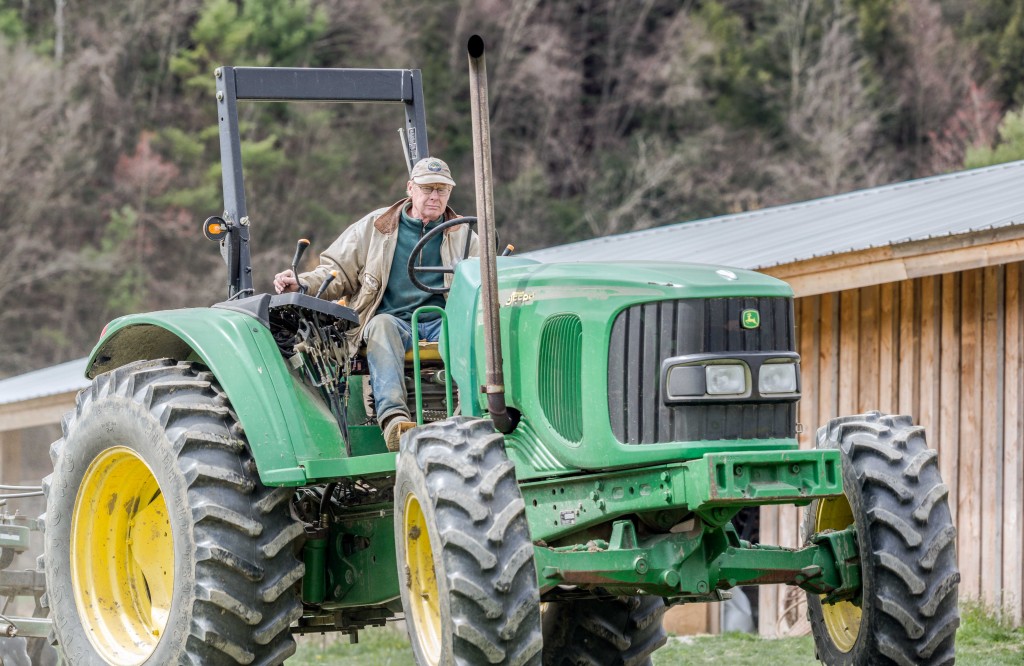